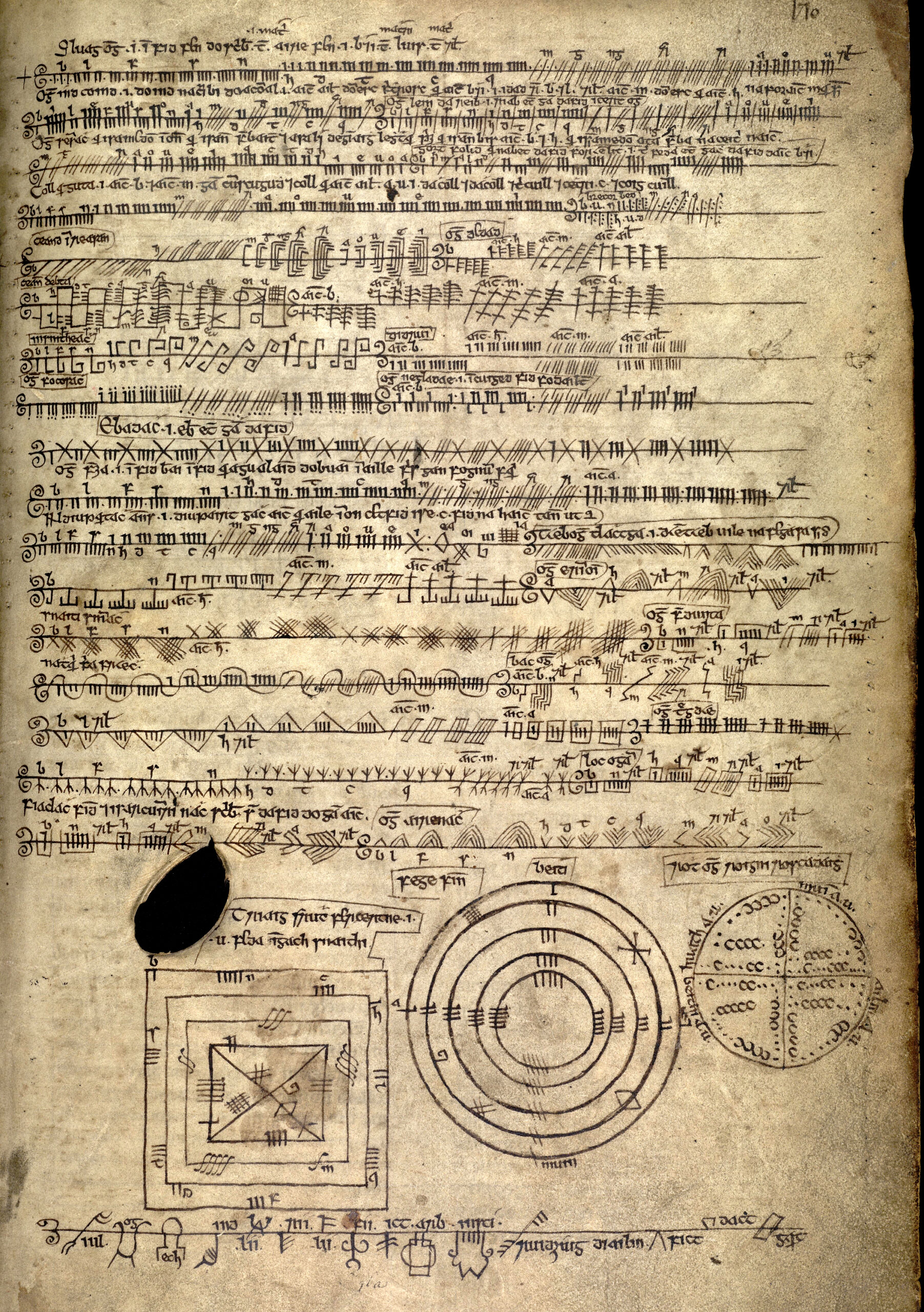 Ogam, spelled Ogham in modern Irish, is an Old Irish alphabet, it was possibly a cryptographic alphabet like the runic ones, and it may have had its own sign language and musical notation. The Ogam letters have names like the letters in the Rune Poem, and the letters have meanings we can glean from three collections of kennings, or Briatharogam (literally word-letters): words paired portmanteau style to make new meanings. It’s like a mini version of the Rune Poem’s riddles: two words give the clue instead of a whole stanza. These people understood how to work with brevity.

It is popular for people to think that all letters in the Ogam alphabet were always named after trees, and though there is a substantial grove of at least eight of them in the Ogam alphabet, there’s other stuff in there too. Take a look at the kennings for the letter R, ᚏ: tindem rucci (Most intense blushing), ruamnae drech (reddening of faces), bruth fergae (glow of anger). Not a tree. The ash tree is here though, where it is the letter O, called Onn. Vowels were carved as notches instead of lines, and in type the Unicode character for Onn looks like this: ᚑ and its kennings say: congnaid ech (wounder of horses), fethem soire (smoothest of craftsmanship), luth fian (sustaining equipment of warrior/ hunter bands). Ash trees make great spears, the Rune Poem’s riddle for ash alludes to this as well. Because of its straight grain, ash wood is both resistant to breaking and smooth to work with. Wounder of horses? Some think this means ash branches were used as whips, which you might have used if you were a warrior or a hunter in a hurry.

In the tree Ogam enjoyed by contemporary diviners, the ash tree is the letter N, ᚅ, Nin or Nion. The original kennings for Nin were costud síde (the establishing of peace), bág ban (boast of women), bág maise (boast of beauty), and the meaning was possibly a branch or the fork of a weaver’s beam. Some suggest it was waived by women to signal the end of a battle to the combatants. Cicero describes first century battles amongst the Germanic tribes as being fought by men and directed and aided by women from a close periphery. Perhaps a similar tradition existed in Ireland as well and it was the women with their weaver’s beams who called the end of a battle? These are tenuous arguments. Nin is a tough one, and there is a lot of disagreement about what it meant. Costud síde, the establishing of peace, is the older version of this particular kenning, but as Old Irish evolved, the kenning came to be glossed as coscrad síde, the destroyer of peace, like a raised ash spear would be. By that time Onn had become a very low frequency word and had lost connection to meaning the ash tree so Nin ended up doing the job. This was during the time when all the Ogam were metamorphosing into trees like ancient greek citizens in an Ovid story who had either wronged a god or were loved by the wrong God. They all went arboreal and Onn shrank from its ancient roots as a tall ash into a gorse shrub.

Why did the Ogam turn into a forest and forget kennings like the ones for Nin, or others like condál cuan (pack of hounds: fear), conar gotha (path of the voice: neck), forbbaid ambi (shroud of a lifeless one: earth)? The Irish word for letter (fid) and letters (feda), means tree and trees. Ogam was meant to be written vertically and was read from the bottom up, like climbing a tree. Trees are baked in.

Manuscript writing changed the shape of the Ogam, it went horizontal to fit in. It also multiplied. The Book of Ogams, or The Ogam Tract found in the Book of Ballymote (late 14th century) housed at the Royal Irish Academy, and in Trinity College Dublin manuscript 1337 (15th and 16th centuries), catalogues more than a hundred alphabets, some based on the Ogam alphabet and some which are very different. All were used for the instruction of poets, and nearly all worked as cryptographic devices. They have names like The Standing Ogam, and The Jump Over the Stripe Ogam, or The Wheel Ogam, which describe what they look like, or names like The Deceitful Ogam and The Defrauding Ogam, in which one letter stands in for another. The Ogam of Order writes the letters of every word according to its alphabetic sequence. Using the modern English alphabet Ogam would be spelled agmo. Letters for Titles would be Eelrstt for Eilstt. The Runes appear in this catalog of Ogams, so perhaps the Ogam were used for divination too. There is an Ogam you can use to divine the gender of an unborn baby: divide the mother’s name in two and an uneven number of letters signify a boy, if even expect a girl. What would Ash Tree mean in an Ogam divination? Much the same as in the Rune Poem. Perhaps you should prepare for battle. 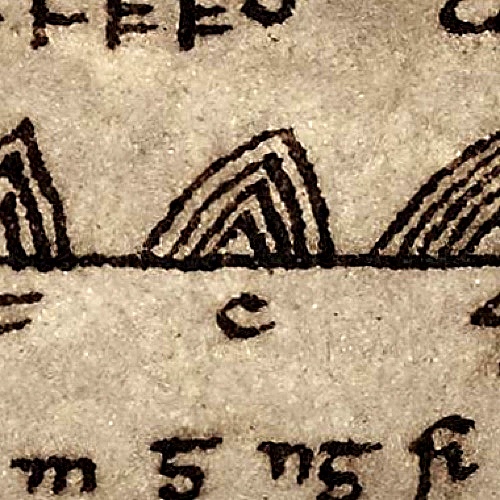