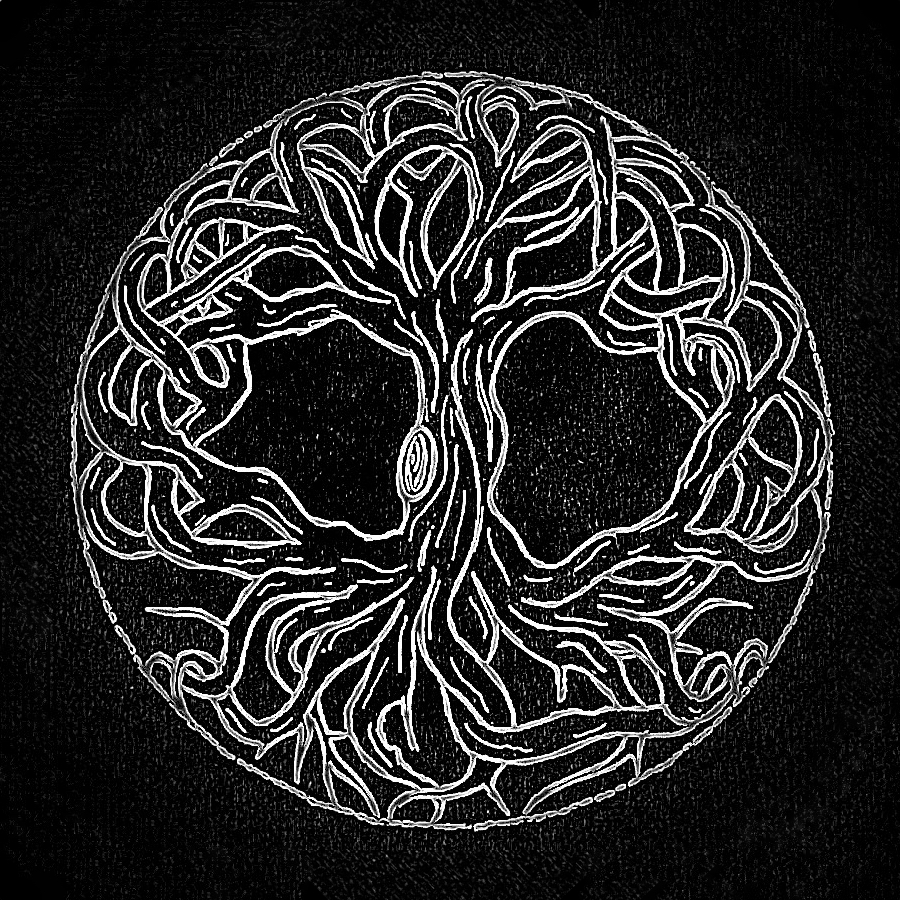 Crann Bethadh means tree of life in Old Irish. It’s an oak tree. The Celts used to plant them in the centers of their villages where they could be the axis mundi, the pillar holding everything up, the pivot around which it all turns. It’s a sacred world tree, and an older one than the one in the Old English Rune Poem, which stand right there next to it in order. In the Rune Poem, oak is the letter A, which comes right after D. In the Ogam alphabet written down in Old Irish, D is an oak. When they needed new runes for new sounds and invented the oak rune, they kept it close to its roots.

The Ogam alphabet uses bríatharogam to describe each letter name. These are two word descriptions that act as riddles or metaphors and work in a similar way to Old English kennings, which are either compound words or two separate words read together as a poetic metaphor for something else. The gannet’s bath is the sea, battle sweat is blood. The bríatharogam for oak is ardam dosae (most exalted tree). There’s a few other trees in there: fairest tree, fragrant tree, sweetest tree, even most discerning tree, but nothing else is most exalted. The oak is important. It’s sacred. It’s the connection between this world and that, the above and the below. The bríatharogam for oak also say it is slechtam soire (most carved of craftsmanship), and gres soir (handicraft of an artificer) because if you want to make something supremely important, something exalted and valued, carve it out of oak.