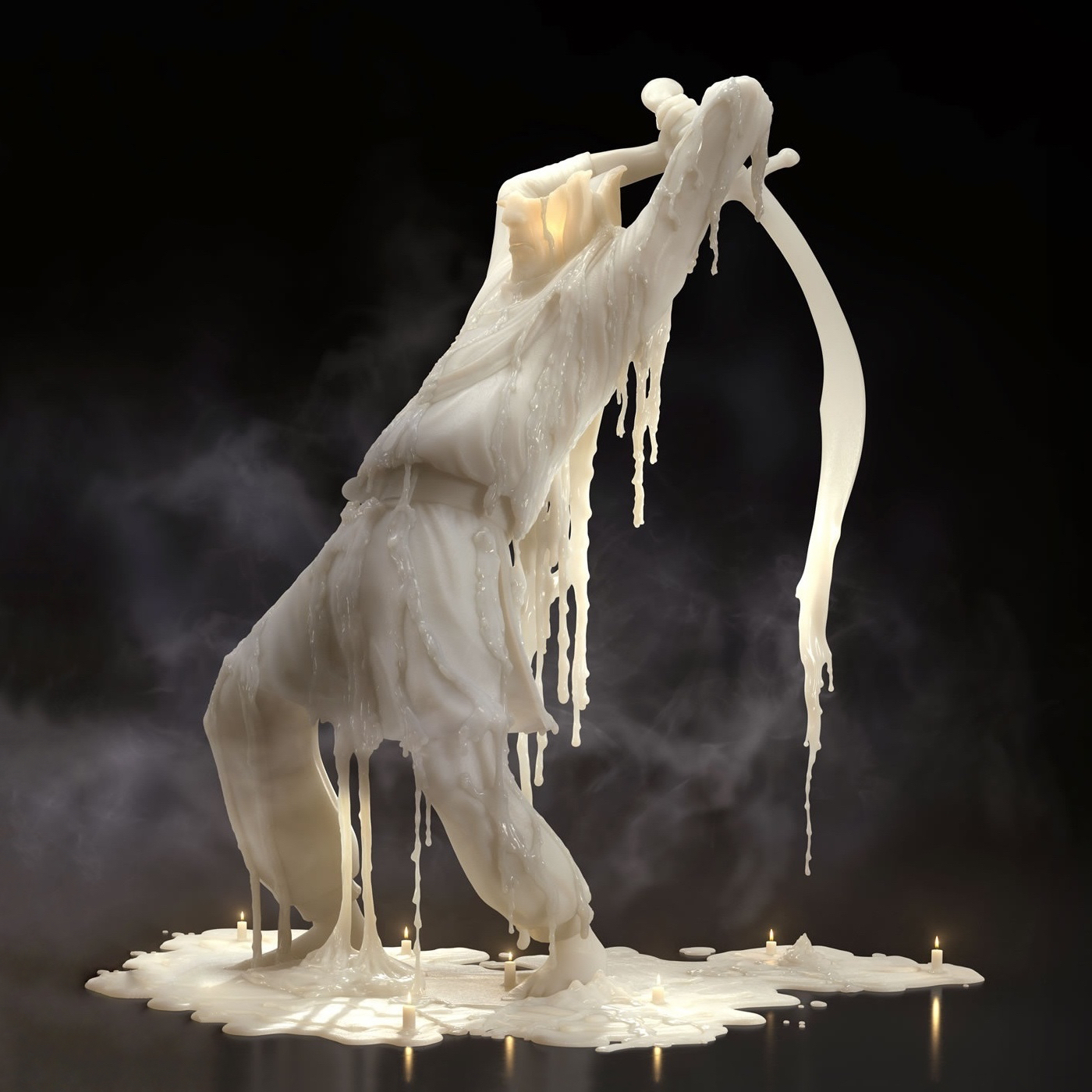 H: At the start of an Old English word, H is almost silent, an H on its way out. Hha. A burst of breath in cold air, watch it freeze.

I: Short vowel. Hint and hinge and hinder.

G: In front of a short I, palatalized (fronted, front of the mouth). Sounds like Y. Yield.

C: Between a short I and a short E, a K sound. Ick. A long I here would make it itch, but what’s going on here is way past itchy. It’s gross.

E: Short. The E in Kenning.

King Hroðgar, descendent of Scyld Scylding, deceased, has a massive problem. A moody wight called Grendel is killing people in Hroðgar’s hall. Beowulf, great hero, total legend, hears about this and decides to help out. He defeats Grendel by ripping off his arm, which is then displayed as a trophy. I told you this is gross. Picture it, a big nasty monster arm on the wall, dripping blood. What does that smell like? Anyway, this is a culture that understood a good blood feud. If you come for one of mine, I’m coming for one of yours. It’s that simple.

Naturally, as payment for her loss, Grendel’s mother kills one of the best, richest, most valuable warriors Hroðgar’s got. This cannot be overlooked. Now it’s time to get momma. Except, if you thought Grendel was bad, and he was very much that, his mother is exponentially worse. We don’t know exactly what she is or even her name. Literally she’s an ides aglæcwif, virgin misery woman. You can substitute trouble, distress, oppression, or grief for misery as needed. She’s a Brimwylf. A sea wolf. Beowulf is a bee wolf, maybe that’s a kenning for a bear. What is sea wolf a kenning for? What has lathan fingrum (loathsome fingers) with an atolan clommum (horrid grip)? She’s a grundwyrgen with that grip, a ground strangler, a strangler at the bottom of the sea. The word worry comes from wyrgen and you know what worry feels like. You’ve felt that squeeze around your heart and your throat before.

Beowulf and friends track this water monster to the edge of the sea, where everybody waits on the shore while Beowulf in full chain mail and heavy everything dives in after her. It’s a good thing he’s armored too, as he gets brutally attacked from all sides on the way down. At the bottom is an air filled cavern with a fire in it. She’s in there and snatches him in with her. Fight fight fight, but nobody is landing any meaningful blows thanks to Beowulf’s chain mail and the virgin misery woman’s impenetrable hide, no doubt acquired by having to raise a moody wight like Grendel. You’ve got to be tough for that shit. And Beowulf has a fantastic sword, it’s not the sword’s fault, Beowulf’s kit is spot on. He sees another sword on the wall. It is bejewled and wavy patterned, all the best swords are wavy patterned, and it was made for a giant long ago so it’s going to be good, but also massive and difficult to use. Unless you are Beowulf. This is Beowulf. He can handle a giant’s sword which does the trick and slices off the bottom strangler’s head just like that. One blow.

We good? Are we done? Can we swim home now? No. This is not enough. Beowulf sees armless Grendel lying there dead on his mother’s floor and he’s going to bring back a trophy: he’ll use the giant’s sword to cut off Grendel’s head in payment for the fifteen people from Hroðgar’s hall that Grendel killed and sometimes ate. He does it and the men on the shore see Grendel’s blood bubbling to the surface and assume Beowulf is dead, the sea wolf got another person. Meanwhile, this happens:

The sword began
Because of battle-sweat, to a war-icicle
The war sword diminished; that was wondersome,
That it all melted most like ice.

Battle sweat is blood. Grendel’s blood is so hot and or evil, the ancient sword melts like an icicle on contact. Beowulf swims back up to the surface to the relief of the prematurely grieving people on shore. He is still in full heavy chain mail so the man (bear? man bear?) must be a strong swimmer. He’s brought two things with him: Grendel’s head, and the sword hilt. Grendel’s severed head is so heavy it takes four people to stick it onto a spear for best display whilst carrying it home and walking it into the mead hall like a bunch of badasses. The sword hilt is an even bigger prize. It is bejeweled and carved (correctly it is noted) with runes naming who the sword was made for and naming the rune carver. Got to get that authorial credit. The sword blade is a total loss though, it was a warcicle melted by blood like it was ice.

← War and Peace
X≠Y≠Z: Y →
Titles
All
About
Twist
Sitting to Battle
Trust
The Future
War and Peace
Fate
The Water Cycle
Prosperity
You Have Nothing Else
Light
By Land and By Sea
Axis Mundi
They'll Cut You
Moody Joy
Everything is Temporary
Letters
All
About
Stanzas
Translation
Duets
Rune Casting
Runes
Instruction Manual
Code
Alphabet Book
Past
X≠Y≠Z
Riddles