What is this thing Ior? Runes are riddles and this one is unsolved, but let’s try anyway.

The Rune Poem calls ior a river fish that forages on land. Amphibian. Eel fits well. Some say it is a newt or possibly a water mammal like an otter. Most translators choose eel because it was important in medieval Britain, it was food. I assumed eel for this reason for quite a long time. But this is no way to solve a riddle.

Ior as a word referring to this rune is not always spelled this way, sometimes in rune lists it is spelled iar, which also means nothing. Means nothing in Latin too. But look at that! It is a Celtic word, iora is a squirrel in Irish. Or some sort of brown rodent. But a squirrel doesn’t swim. Does a squirrel swim? If it does, it won’t be on the level of a river fish. Nobody looks for a squirrel in the water.

If we can’t find the words ior or iar used on their own to mean anything in Old English, we can look for them to appear in compound words. On just one occasion in a unique word, a hapax legomenon, iar shows up on the end of a compound word meaning a structure used to trap fish. Promising! In the Codex Diplomaticus Aevi Saxonici, a collection of charters and other legal documents written in Old English we find this: on þone ealdan myliar þǽr þá welegas standaðn, west andlang burnan (the people [lots of them] stand there on the old mill yair, west along the stream). Look at the word myliar, there’s an iar at the end of it. Normally this word is spelled mylengear, without the iar at the end, and even then it’s not so usual a word. It means mill yair: a yair is a scaffolding built out into a river with nets attached. This is a fish trap at a mill big enough to stand on. This is no eel trap, those were long tubular shaped baskets people are still digging up from river mud, sunk and lost for hundreds of years, eels included. This mill yair, this hapax legomenon that all the people are standing on, west along the stream, looks and functions exactly like a beaver dam, just one that doesn’t go all the way across to the other bank.

A beaver swims! And is a big squirrel-like rodent! Is this a beaver? There is an Old English word for beaver, it’s befer. Or beofer like it’s got a beo, a bee in it, similar to Beowulf, another compound word: bee wolf, which is possibly a kenning for a honey eating bear. If Beowulf can be a bee wolf, perhaps a beaver can be a squirrel. Years of thinking this is probably an eel but hey, together iora and myliar convince me this river fish is a beaver! It’s exciting. It is. And it’s amusing too. By the time the Rune Poem was written down, the beaver was officially a fish. It was made so by church decree: its tail counted as a fish you could eat during lent. It’s a bit scaly and looks fish-like when cooked. Probably tasted like chicken, perhaps worse than chicken, but if Jesus says it’s a fish who are we to contradict? Water becomes wine so by God that beaver is a fish, let’s eat it!

What convinces me more, a bit more than myliar anyway which is a little tenuous on its own (like a dam might be with a whole population on top of it, or an idea that doesn’t quite cross all the way to the other side), what convinces me more is that the poem says this river fish enjoys eating on land. An eel eats fish, frogs, other stuff living in the river, and it is nocturnal so it dines at night. Otherwise it spends a lot of time burrowed into mud where we can’t see it. Fun. The eel doesn’t joyfully forage on land in any way that people will witness. But look at the beaver! It’s actually having fun. Have you ever watched one? They’re entertaining. They’re having a good time. They also eat things on land like plants, mushrooms, ferns, right in front of everybody. Bark. They love bark, the inside of it. Also berries if they can get them. A happy feasting beaver throwing itself into water fits the riddle much better than a moody eel muddily slinking up a riverbank in the night. I don’t know why this should convince me more than textual evidence, linguistic evidence, but riddles do work like that sometimes. Maybe I am hungry. 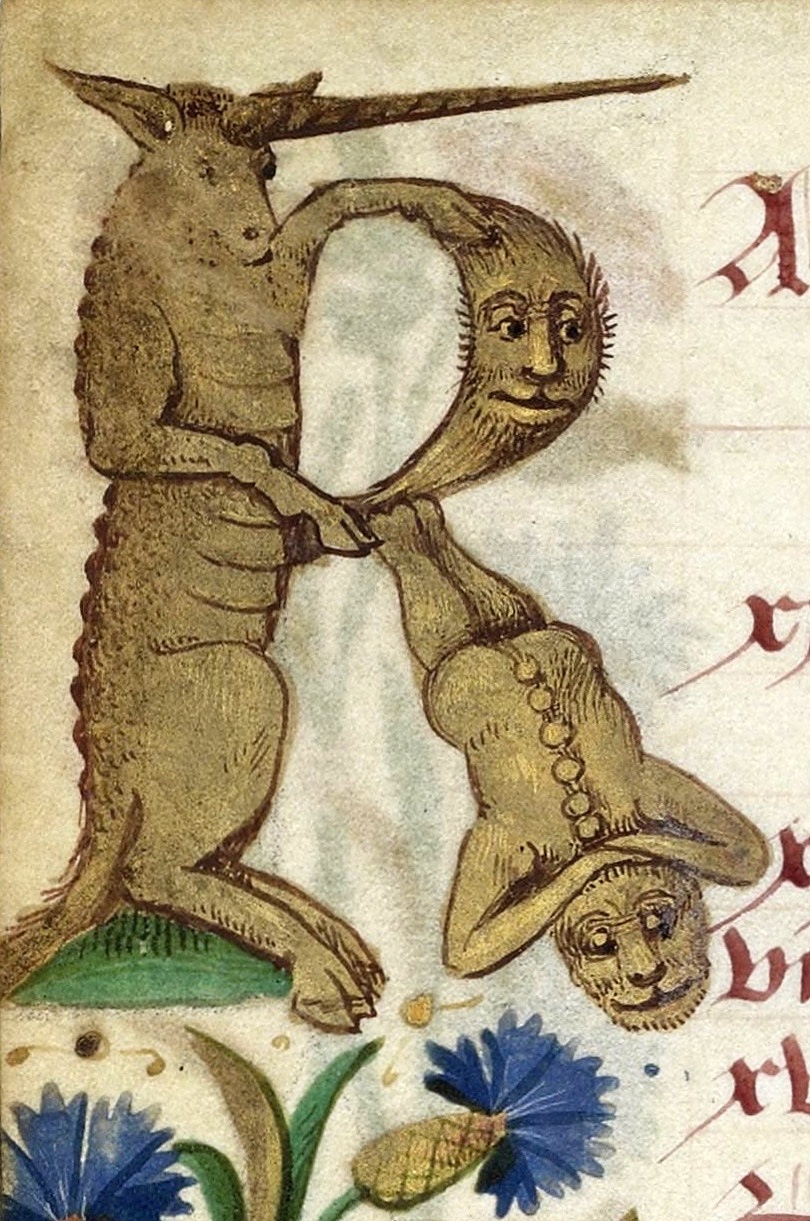 ← Translating Ur
Stanza 28: Beaver →
Titles
All
About
Twist
Sitting to Battle
Trust
The Future
War and Peace
Fate
The Water Cycle
Prosperity
You Have Nothing Else
Light
By Land and By Sea
Axis Mundi
They'll Cut You
Moody Joy
Everything is Temporary
Letters
All
About
Stanzas
Translation
Duets
Rune Casting
Runes
Instruction Manual
Code
Alphabet Book
Past
X≠Y≠Z
Riddles