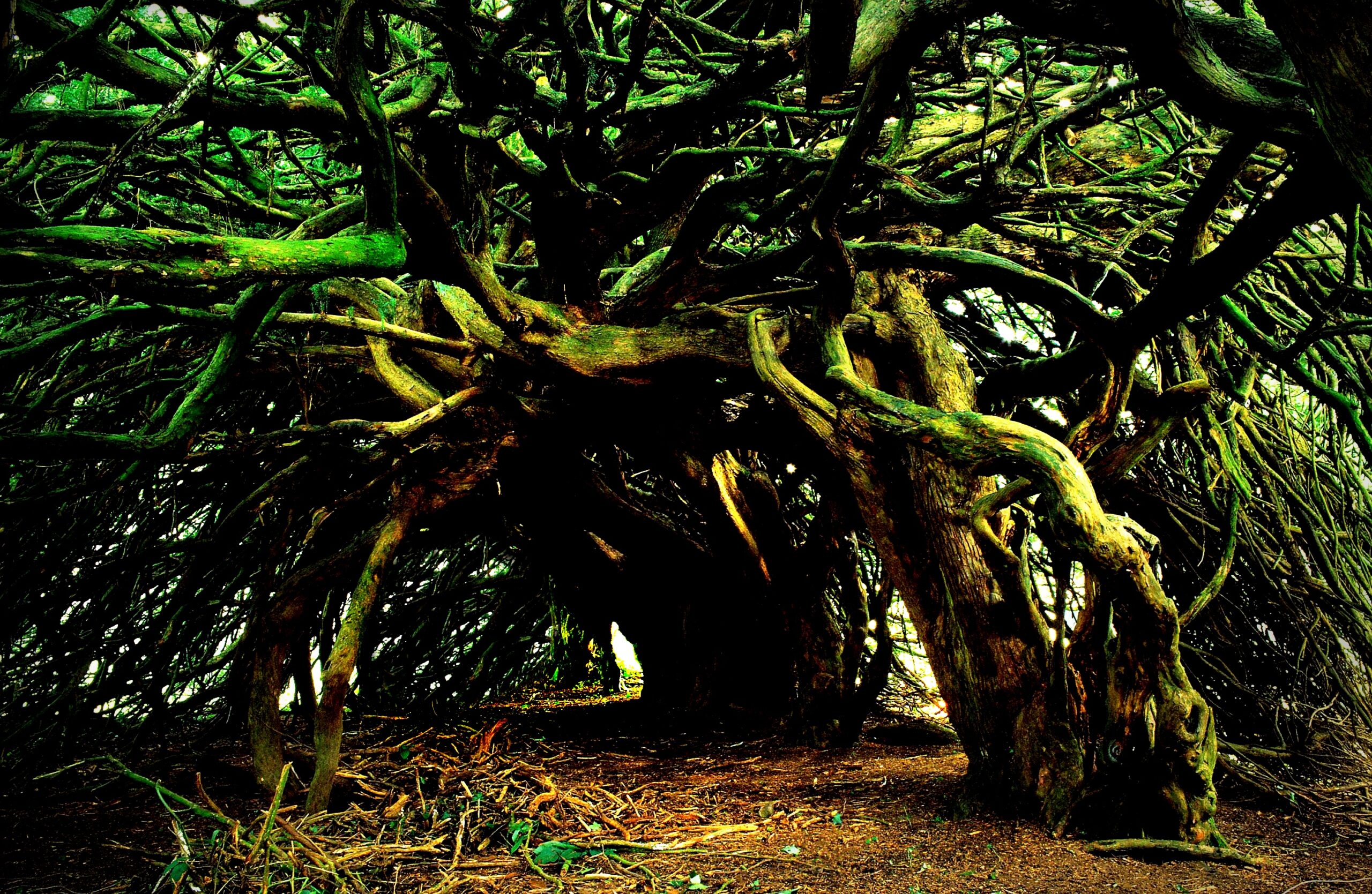 The yew is absolutely massive compared to us, so much weight shooting up, lengthening, drooping back down to plunge into the earth, travel, shoot back up and do it again: swoop up into sky, fall back into earth, swim forward, break through waves into sky and flip back under again. This tree is a fish, moving so slowly through thousands of years in a single life span, we never see it happen. We think the yew stands still. We can trust it will always be there. God knows how the yew sees us. An irritant? An itchy parasite flaring up from time to time? We move so fast we must be itchy.

Maybe in our separate time scales we are nothing to the Yew? The Yew has been quite a lot to us though. We’ve met under it for important reasons for centuries, in the rooms it makes looping its branches into roots underground. The yew has stood witness to life and death decisions and important matters, councils of justice and of war. Why? You can trust it to be there. Where do you want to meet? At the big ancient yew, you can’t miss it. Later, churches were built in these meeting places, and the people would bury their dead in the shade of the its branches making the yew the tree of the churchyard. It seems appropriate. Yews contain death in its branches; nearly all parts of it are poisonous.

We’ve slaughtered the yew, killed them dead by the thousands to make yew bows. The strength under intense compression of their heartwood next to the supreme elasticity of their sapwood makes a yew bow highly resistant to breakage and a deadly powerful weapon for increasingly larger armies. it was the weapon of choice for the elite in particular, who enjoyed they way they looked whilst carrying it on horseback.

If you were going into battle during the time of the Rune Poem, you might carve the sign of a god into your yew bow. War was about seeking justice, so pick the god of justice to carry with you, strengthen your gear with his mark: the powerful rune for the war god who never deceives. Carve it like the arrow you will send flying toward your enemies, point it up to the sky where you can find Tiw, depend on it, a sky god forever on a journey over night’s obscurity. Carry Tiw’s rune to your battle and your death, or somebody else’s, and trust his judgment and power with your life. 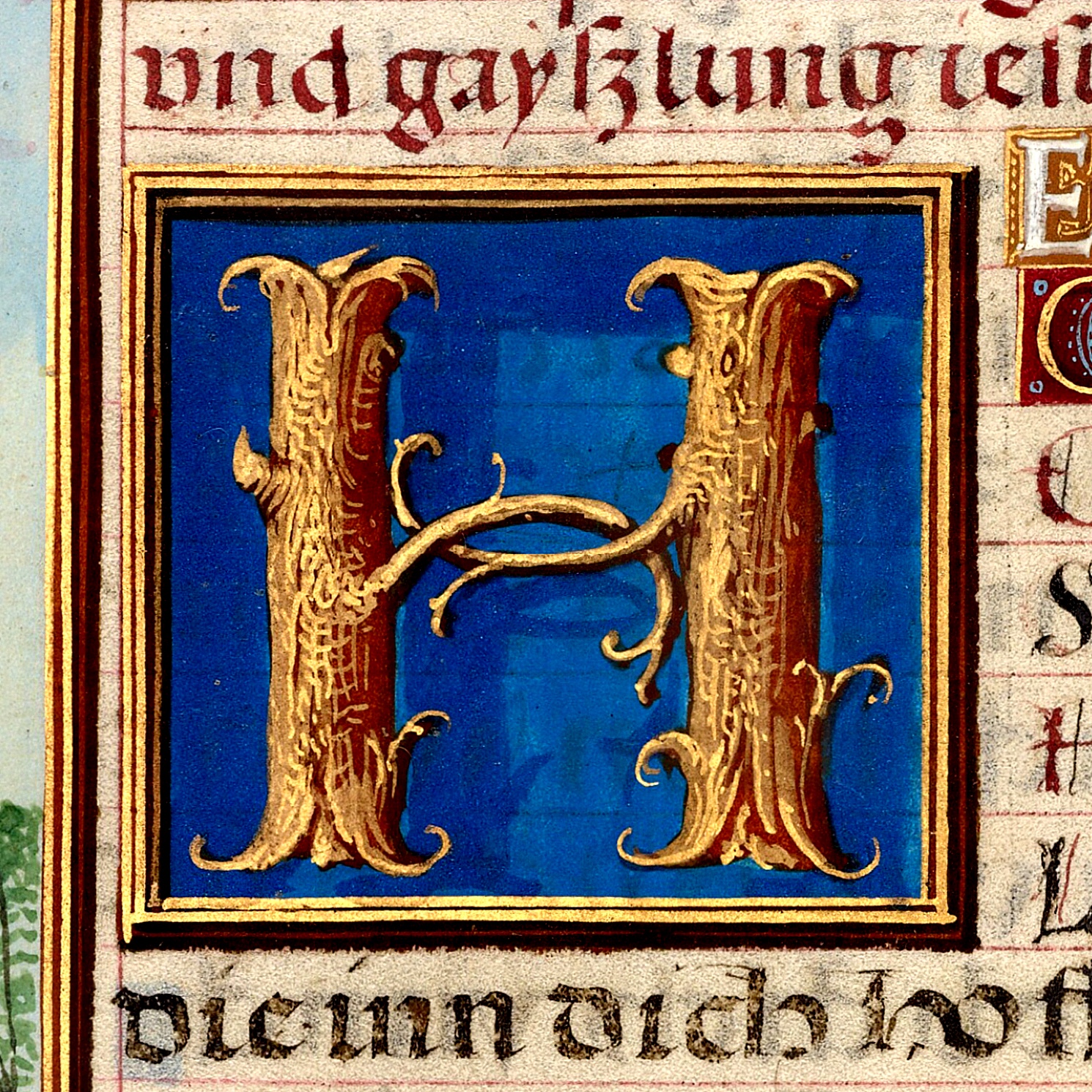