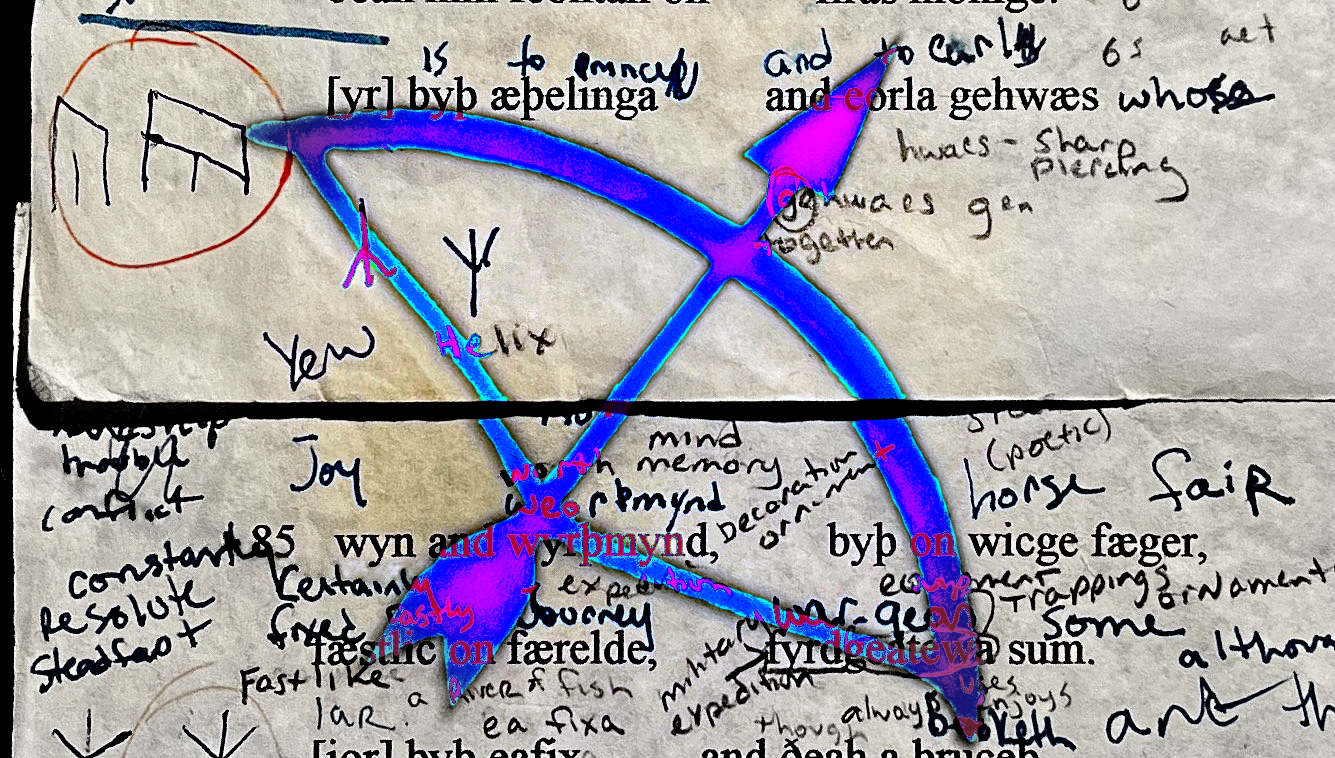 In Old English yr means only the name for this rune. A bow is a guess, a bow made out of yew. In Old Norse yr means the yew tree. The Icelandic Rune Poem says yr is “bent bow and brittle iron, and Farbauti (a giant) of the arrow.” Yew Bows from Britain were prized all over Europe, so I think a yew bow as an answer to this riddle makes the most sense from the minimal context we have. But in Old English yew is spelled eoh, so this rune could be describing something else. Some think this stanza describes a horn or a saddle bow or buckle. Whatever yr was, it was something to see. This is what this stanza is all about. Being something to see. Looking good on a horse. That’s sexy. Nobody wants to look bad on a horse.

This rune is about the elite. They could afford to bling out their stuff. Gold. Silver. These people were into decoration. They liked it shiny and ornate. They looked good going to war. They were tricked out. They were gorgeous. And you better believe the bow wasn’t the fanciest thing they had on their horses with them. What it was, though, the point of the thing, was the drama. The bow just stands out. It was long, like five and a half, six feet long. It’s right in your face. You can’t miss it.

The yew bow was for being impressive. It was not for battle, not in the early days of the yew bow. They had it with them, wouldn’t leave without it. They’ll hunt with it maybe, shoot some stuff along the way. Show offs. But they didn’t really use it for warfare. Well, the used it sum, that last word there might be telling us this is sometimes used in war. Used to some extent, but they weren’t fully leaning into it. Not yet. Not until the Normans showed up, and that’s a few hundred years away. Rather, they had swords for fighting. Decorated, inlayed, gilded, rune carved. The liked to carve the ᛏ rune on their swords. Point is, these guys enjoyed a stunning sword. And the hilt! Forget about it. You’ll remember these hilts forever, they’ll make sure you do. What else? The horse was something to see, particularly a massive war horse. The saddle jewelery! Bejewled. They didn’t carry spears, though. They had people for that.

Whatever else you carry with you, or your lackeys carry for you, you don’t go to war without your bow. This is fæstlic on færelde. Fast like on the expedition. Fixed. Constant. We’ve seen fæstlic before. It means quickly in the grave rune. The dead grow cold fast. And stiff, fæstlic also means firmly. Also inevitably, like what happens to a body when life is gone. You will get stiff and cold, can’t stop that from happening. That will always happen. It’s inevitable, like taking your bow with you so you look good on the way to killing people in battle.

But enough of this death talk, the bow is about being happy! This is a joyful stanza! The word for happy is right here wyn: joy, pleasure, rejoicing. You will look good on your horse, carrying this bow, and you will feel good too. People will notice and you will love it. They’ll see you coming and remember you later. You’ll have wyrtþmynd. Worth mind. You won’t even need to use it. You’ll look so bad ass you’ll be worth remembering. 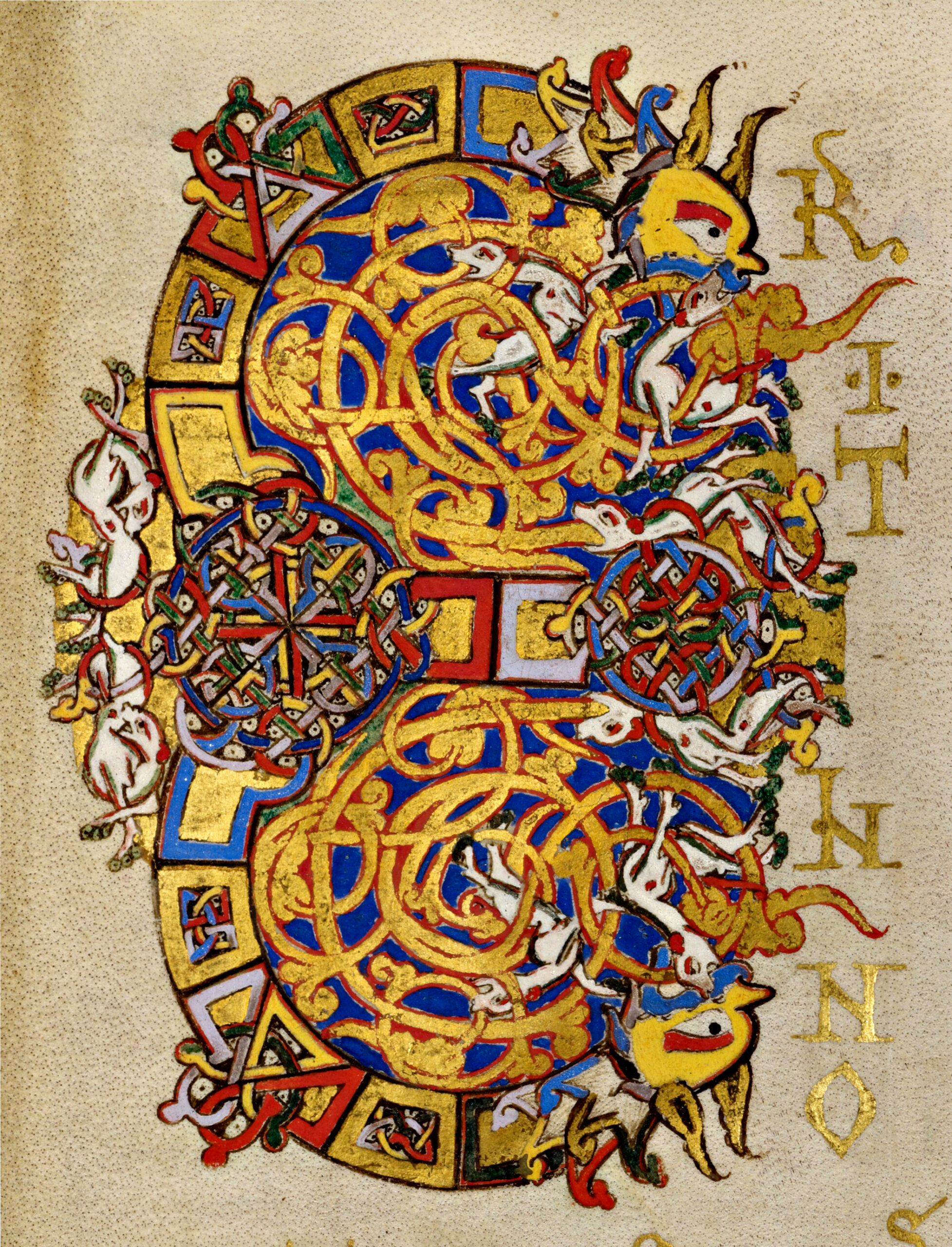