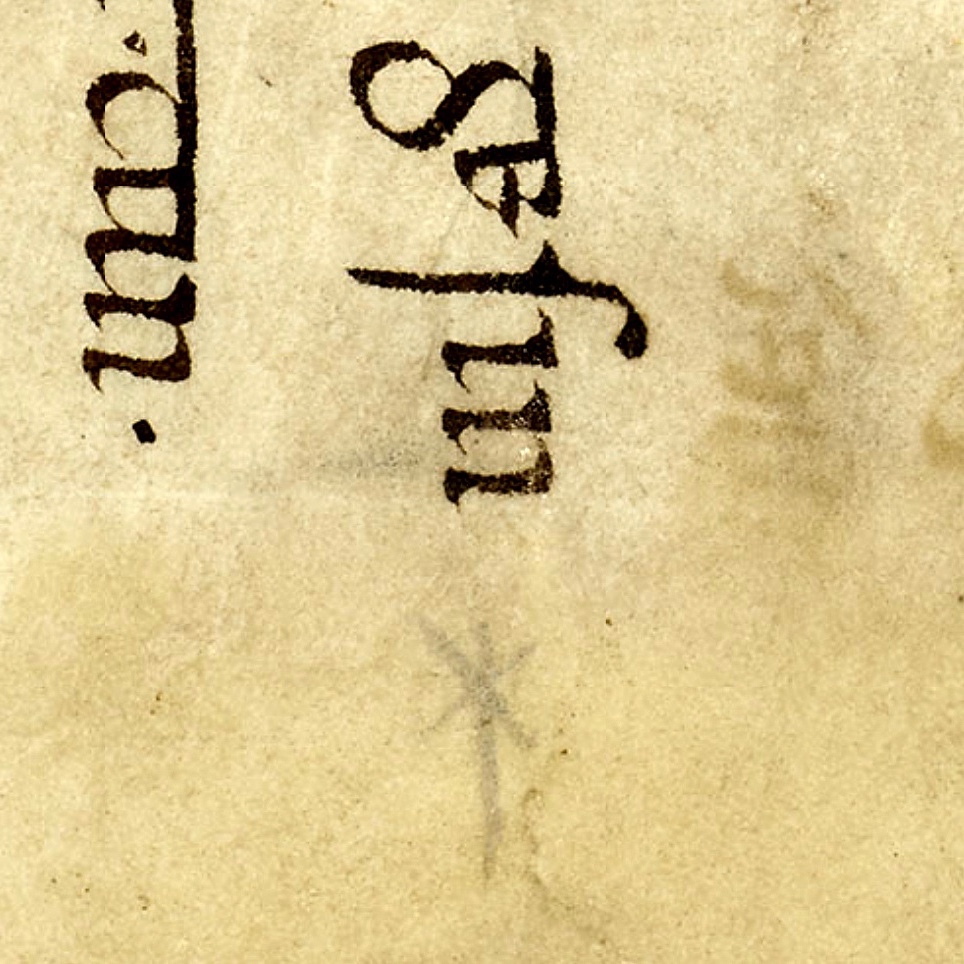 Well this is weird. Here’s what’s happened. At the start of The Exeter Maxims I part C, we get a window into how runes were once used, so I wanted to include it somewhere in Letters for Titles. I thought there’s plenty of places to put it, and I did work it into the first draft of Rune Casting: Ur, where it lived for a year. But it doesn’t quite fit there so I removed it from the final version. I say final but everything is temporary. Then I removed a whole piece called The Beasts of the Field which once held this spot, unfortunately losing as well a gif of Brazil‘s fly falling into the typewriter and turning Tuttle into Buttle. Something had to replace it, so I went to the maxims in The Exeter Book, folio 91r, and translated this:

One shall speak council, write runes,
sing songs of the beloved, to earn
an interpretation of judgement, in anticipation of the day.

The Exeter Maxims are bits of wisdom to follow in the hopes of living a good life. This maxim starts the third and final section, and the word Ræd is given a decorative capital R, so it must be important. Ræd was important, it means council, as in advice, wisdom, it does what the Exeter Maxims themselves are doing: wise council tells us the best way forward. Ræd also means to forebode, so it might also suggest a warning advising us to heed what’s to come.

Dom. That’s what. Doom. It means judgement and fate, also glory and repute. A literal translation of dom areccan would be to stretch out or to spread out judgement, meaning to translate it, to explain it so it makes sense. If you want to make sense of your fate in anticipation of whatever day it will come, if you want to earn an interpretation of your dom, you should sing songs of your beloved, perhaps in praise of a loved one or a deity, speak with your people about it, and write the runes. They are magic and can show you the future.

This maxim is all about the future. What it is not all about is the Aurochs or the Beaver, and this is their chapter. My translation of this maxim doesn’t really belong here, but I haven’t found space for it elsewhere, so I’m putting it here anyway. It’s my book I’ll do what I want. You are invited to write in the margins. I had just decided for certain to do this when I saw something weird in the manuscript image, beautifully photographed by the University of Exeter Digital Humanities Lab. It was such a surprise I couldn’t quite believe it at first. On the page, the word gesingan, to sing, is broken in half at the end of a line, just after the letter N. The next line starts with gan: gesin-gan no hyphen. Right next to gesin just past the end of the line is a faint image that does not come from ink bleeding through from the other side of the page, nor is it a mark of wet ink from the facing page as if the book had been shut too soon. It’s just there, intentional once and now scraped away leaving only a trace behind. Or it was meant to be written faintly in the first place by a reader writing in the margins. A rune. It is the Ior rune, on its side: the rune for the beaver in the middle of a word meaning to sing. Beavers sing, their vocalizations sound like songs, go listen to them, and now this little bit of Old English wisdom telling us how to earn an interpretation of our doom can sing its song very comfortably in the Beaver chapter, joyfully at home as if it were fated to be here. Wyrd.